Beliefs do not change facts. Facts, if one is rational, should change beliefs - Ricky Gervais

Believe the hypo is a simple idea. By making sense and simplifying complicated issues like nutrition, exercise, medication and technology, we can ‘hopefully’ start to sift through the real from the fake, and help people living with diabetes take control of their lives.

Unfortunately, life is not simple, and the trail of money and power adds barriers to our quest for knowledge. There are countless examples of this but the recent discoveries of files unveiling the corruption behind the attack on ‘fat’ over 50 years ago is a regrettable precedent, and has led to massive amounts of sugar being pumped into foods to make them palatable as fat was off the table. To see a great article on what has shaped our dietary guidelines and has become one of the most corrupt and inhumane stories of corporate greed and disregard click HERE.

If you have diabetes, it is easy to understand the consequences of food choices - it literally tells you on a small screen, and sometimes the screen flashes and screams at you because your choice of food was particularly bad. Ironically, we are then faced with the proposition of shovelling one of the worst 'foods' down our throat (sugar) to remedy our previous poor food choice. Alternatively, if you miscalculated your medical requirements for the food, you may well have to 'correct' your previous mistake with another 'drug' that (although a life saver for a type 1) is causing absolute devastation across the planet in the form of epidemic levels of hyperinsulinema and metabolic disease. Sometimes you just can't win.

Removing processed and refined carbohydrates removes the root cause of blood sugar spikes and lowers your risks of future complications. Plus, it benefits your health so much so that you might even go a few hours forgetting you have diabetes at all. I kid you not.

- I am a walking, talking, poster boy for this way of life - and believe me, if it didn't work I wouldn't do it.

- If I had any ill-effects from removing high levels of carbs I would tell you about it.

- If my doctor/DE/Endocrinologist was unhappy with any of my bio-markers I would tell you about it.

- I am not being paid to say anything to suit an agenda and publish only what I have learnt and discovered in my own life through years of research and using my own body as a test subject (N = 1).

Health is the only outcome.

What do I mean by benefited?

* I have never had a severe hypo.

* My blood sugar has never been over 13 mmol.

* I don't need an insulin pump.

* I take 6 units of basal (long lasting) insulin per day.

* I rarely take more than 2 units of rapid (short acting) insulin per day.

* My pancreas is producing 0 insulin (no help from the honeymoon phase).

* My overnight blood sugars stay within 0.5 mmol every night.

* My whole life it has taken me 45 mins to 1 hour to fall asleep - since keto/LCHF it takes me on average 10 mins (according to my phone app - sleep cycle).

I could easily go on because the changes to my life since removing carbs from my diet have been profound. I also cannot overemphasise how much I have always been turned off by people who 'swear' by a particular diet or way of life because we are all different, but this is not about 'diet', this is about health - in particular - people with diabetes.

An important aspect of managing diabetes is how long you can stay in a safe target blood sugar range (3.5 mmol - 6.7 mmol)
Daily Patterns help you identify 'peaks and troughs' of blood sugars throughout your day.

Trust your gut and don’t believe everything you read.

There are a staggering amount of people on this planet who are prepared to try and sell you anything regardless of the impact on your health. This includes ’scientists’ conducting trials and research. Many are swayed by big money and If the price is right the outcome doesn’t matter (as much).

Therefore, it’s vital we find reputable sources of information and this is what this article is all about. Who is parting with their wisdom and expertise and most importantly, does not have an unscrupulous agenda.

Low Carb Down Under

A group started by anaesthetist Rod Tayler in (have you guessed it) Australia. LCDU provide free resources on diet, nutrition, and health. They also organise multiple low carb conferences across the globe annually which brings together experts from many fields to present and discuss the factors affecting low carb nutrition and health.

Just one of the things that is amazing about this group is all presenters disclose what ties (financial or not) they have to vested interest groups. Almost all have none. It is vitally important that their experts do not have conflicts of interest (COI), and do not have an agenda other than to benefit the health of their fellow human being.

Soon after my own diagnosis of type 1 diabetes, I have been watching their presentations daily when I’m at the gym. It’s a great way to stay informed and keep fit at the same time.

To go straight to their vast catalogue of videos and presentations click HERE.

This British doctor is taking the UK (and world) by storm as he records and catalogues all his success through treating his patients who have type 2 diabetes with a low carb high fat diet.

His mild-mannered and kind approach has won him many advocates and he frequently presents (for free) at low carb down under events.

In 2016 he won the prestigious award NHS innovator of the year and is a clinical expert in diabetes at the fellowship of the UK Royal College of General Practitioners.

He has created dozens of free resources for doctors and the general public on low carb science to back up his own evidence and claims.

Gary Fettke is an Orthopaedic Surgeon who became despondent after performing many amputations on patients with diabetes. He began suggesting a low carbohydrate healthy fat diet as this way of eating showed enormous benefits for patients to not just avoid the devastating consequences of complications from diabetes but in many cases to reverse their condition.

A formal complaint was made by a dietitian at the hospital where he worked, and this led to a 2.5 year investigation from Australia’s medical watchdog AHPRA. During this time AHPRA tried to silence the doctor and have his medical license deregistered. All for recommending a low carb diet.

Gary was eventually cleared of all charges, but what was left behind has exposed a long-held and troubling ideology behind the medical industry which is highly influenced by the big food and pharmaceutical industries.

Today, Gary is a prominent figure in advocating an LCHF lifestyle for all people, not just diabetics. He and his wife, Belinda, also continually expose the corruption behind the food and big pharma industries responsible for heavy influence on state and organisation nutrition guidelines.

To see a presentation by Gary on why LCHF isn't being advocated by the medical industry click HERE.

We move now to the United States, where the enigmatic and profoundly intelligent Dr Bikman resides. He is the scientist famous for explaining (sometimes in very complicated detail) - ketones, ketosis, Insulin and in his own words on his twitter profile, he is "endlessly fascinated by the scope of diseases caused by insulin resistance and what to do about it".

To be more precise, Benjamin Bikman is a research scientist and expert on metabolic disorders, which is why he is such a powerhouse of information for people with diabetes. "but type 1 diabetes is an autoimmune disease, not metabolic" I hear you say. Well, yes, but how we manage both diseases is strikingly similar and understanding the mechanisms behind insulin and how beneficial LCHF/keto is for people with diabetes is invaluable in taking control of these diseases.

I would certainly suggest doing some research and watching a few presentation before watching Dr Bikman, as at times he was hard for me to follow whilst i was starting out on my 'metabolic disorder' journey. Let's just say, you'll need a coffee and your brainy pants on when you hear his brilliant presentations.

To nurture and grow your knowledge on insulin and ketones, watch Dr Bikman HERE.

We now fly to the small and quaint country of Wales, in the UK. Famous for its mountain ranges, castles and choirs, it also houses the vivacious and witty Dr Harcombe.

Dr Zoe Harcombe is the author of several nutrition based books, like, 'The obesity epidemic. What caused it and how we can stop it', and 'stop counting calories and start losing weight'. She regularly presents on the fallacies behind dietary guidelines and was awarded a Ph.D in Public health Nutrition where she conducted a systematic review and meta-analysis of the dietary fat recommendations in 1977 and 1983.

Due to her extensive research into dietary fat, she is a fantastic resource on cholesterol and, in particular, the rise and rise of statins.

She is a great presenter and offers the audience a lively and informative narrative on subjects that are still considered 'gospel' in the world of nutrition.

To see one of these presentations on 'fibre', click HERE.

The citizen scientist - The man who is not from a medical background but without a shadow of a doubt puts more time and effort into understanding and educating people on metabolic disorder and disease.

Dave is actually a software engineer that adopted a low-carb, high-fat diet in 2015, and has since learned absolutely everything about the diet, metabolism and in particular, cholesterol, following a spike in his own lipids after he started the diet.

Famed for 'self-experimentation', or N = 1, Dave puts his money where his mouth is - all in the name of science and truth.

To see Dave present on understanding energy, rather than cholesterol, click HERE.

Commonly known as 'the fat emperor', Ivor is frequently seen at speaking events such as the British Association of Cardiovascular Prevention and Rehabilitation (BACPR), and Irish National Institute of Preventative Cardiology (NIPC) annual conferences.

There are numerous other amazing people scattered around the planet that are making waves in educating the medical profession, food and pharma companies, dieticians, and the general public on the benefits of removing processed and refined foods from your diet. 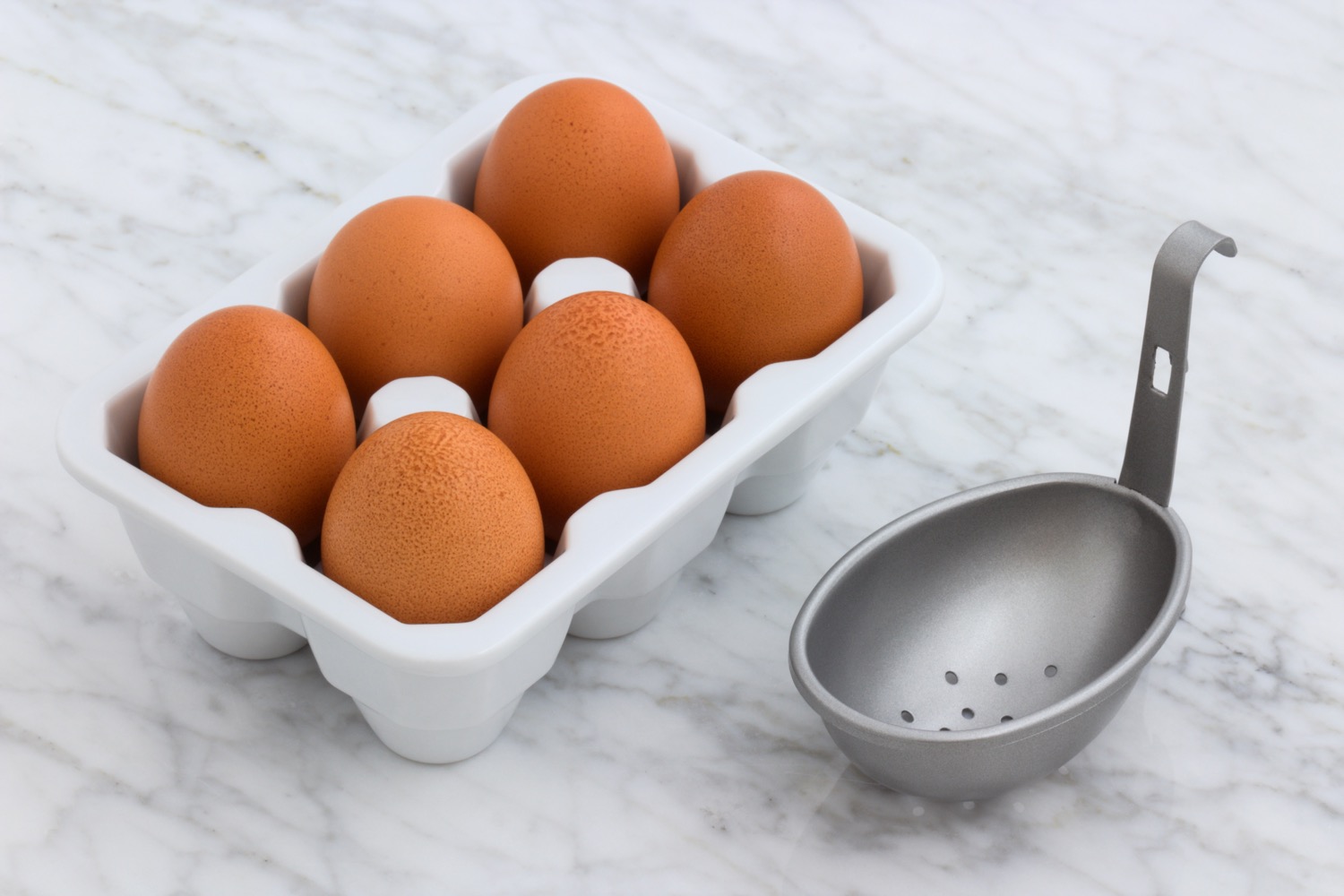 Not that long ago you would have never seen a picture of eggs and the words “food is medicine”. Things have changed and we must remember that general dietary guidance is clouded in bias and vested interests.

When we remove the opinion of others and simply eat food the way it has evolved naturally alongside humans, we give our bodies the time to recover from years of dietary abuse. Fast food, grain, sugar, refined oils, even fruit and veg is now modified to ”sell” in large quantities, and rarely does it resemble the original “wild” fruit and veg we once picked.

Believe in yourself and believe in how you feel when you remove toxins from your diet.

Common food misconception are so heavily marketed today to try and hang on to profit we’re no longer confident in our ability to make healthy choices.

- Does your body need carbs for energy? No

- Does dietary fat increase your risk of a heart attack?

- Does high cholesterol increase your risk of cardiovascular disease? No

- Do statins decrease your risk of having a stroke? No

- Do dietary ketones increase your risk of ketoacidosis?

When we care about our health and well-being, we must start with the food we put on our plate, or as a popular quote says,

Diabetes and Easter - The Affection Behind Confection

Coronavirus And Diabetes - The Truth Behind The Panic